ZURTEK is finishing the restoration of the wooden structure of Ondiz Tower in Leioa, Bizkaia, under the supervision of Disaro SLP architecture Studio. 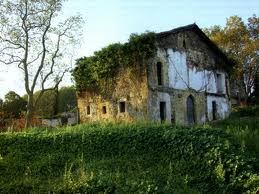 Ondiz Tower is placed in the west of Elexalde hill, in a small and plain terrace next to Nervion river. This tower is in the middle of a hill, on a terrace crowned by the church « Nuestra Señora de los Remedios de Ondiz ». Its situation is a priviledge because the settings and views are perfect to control the sorroundings and also because of the path that might cross in front of its facade. This path came from Plentzia crossing Algorta and ended in the river.

At the begining of the works Ondiz Tower looked like a country house due to the lack of preservation of its original heigh and the latest annexed elements. Also, since the tower was surrounded by pavilions the landscape looked like a small deserted industrial area dedicated to farming and placed in a central space.

Ondiz Tower was almost in ruin.The annexed elements of the facade (East) had lost the top part that gave shape to the atrium. The structural elements of the annexed parts were badly preserved, the two-pitched roof was serioulsy damaged and the inner wooden structure was almost ruined.

There was nothing of the inner wooden structure. Originally the structure might have been the base of wooden floorboards supported by, at least, two feet placed according to a transversal axis of the building and on them, big beams in longitudial way. All of this, and the escarpments of lateral walls, would serve as a support to the solvas. Finally, the floorboards would be nailed on these solvas.

Ondiz Tower had a two-pitched roof but originally it had a four-pitched one. It is difficult to explain the time the roof at the begining of the works belongs to. It is possible that the actual inner subdivision belongs to the last restoration done in 20th century.

Obviously nothing was preserved and in fact, even the actual heigh of frameworks is not the original one. Nowadays Ondiz Tower ground floor has two longitudinal retaining walls that form a central corridor connecting the front door with the back one and on these walls, we have some solvas in whose edges some perimetral walls are embedded. This is because the escarpments of the walls do no longer serve as supporters due to the changes of the heighs. On the top floors the retaining walls are substituted by pillars. This seems to be part of a late restoration done in 19th century or more likely in 20th century.

Before starting Ondiz restoration we thought it was not a real tower, maybe a modest townhouse or a noble house. According to JM González Cembellín «  (…) it is a construction inherited from the general idea of towers and their technique but it did not have some of their typical features. The towers had vertical volumes and big walls but townhouses had cubic or oblong volumes and thin walls, this is beacuse the loss of heigh that needed more thickness. Also there are more and bigger openings in the roof, just in front of the main entrance.. »

Also the author quotes « …the townhouse towers usually have only two floors – ground floor and first floor – but Ondiz has an upper living room, this made it more habitable and also looked more like the real towers in a formal way. This particular feature allows us to include Ondiz in a subtype of « tower with upper living room ». As best examples of this we can remember the following towers: Urrutia (Sopuerta), Loyola (Azpeitia, Gipuzkoa) or Jauregizar (Arraiotz, Navarra) and Donamaria (Donamaria, Navarra) »

Regarding Ondiz chronology, the author talks about the begining of the 16th century beacuse these townhall towers are dated after 1500. Therefore, we can define this construction as a small, rural and modest one but also with some big elements such as the high quality masonry and the southeast balcony.

Ondiz turned into a country house because of the added elements and the new opennings (like the central – left opening on the ground floor). This might have been done along the 17th century. After this big restoration the works might be more staggered and more concrete. As the added back elements, that maybe done along the 17th century, or the internal structure changes and the new openings on the roof, that could be done in 19th and 20th century when the residential use finished.

Description of the Works 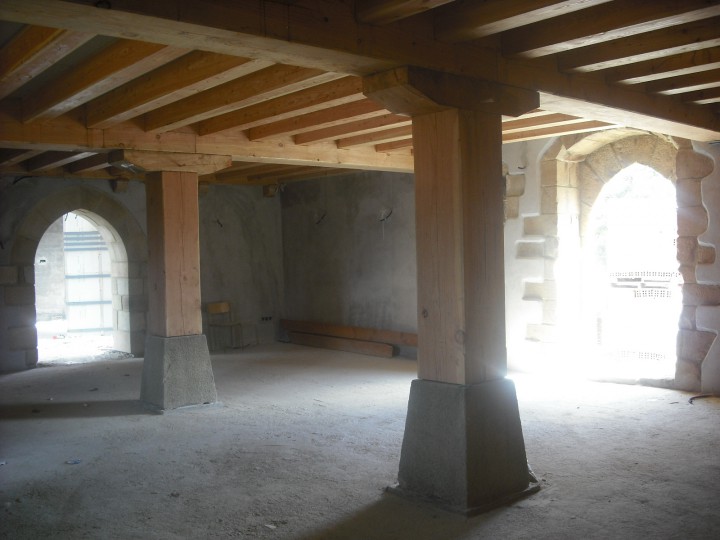 All the works of the Archeological Intervining Project tried to minimize the impact on the constructions and also tried to find new elements that belonged to the original. To do so, it was convenient to study in detail all the elevations and to value the construction in an archeological way. In that way we could document the diachronies in the plot.

The developers´ aim was to turn the tower into a cultural space for Leioa town. So, a new building was made in the north in order to offer new auxiliary services (elevator, stairs..) for the future building.

In order to work on Ondiz Tower, Leioa City Council had several possibilities. However, the principal aim was using the tower as a socio-cultural space in the future and that is why the main idea was to keep the original structure of the builiding. To make this idea easier an annex building was projected in order to keep the entrance (the elevator and the stairs to maintain the accesibility of the construction) and the necessary services, entering the tower through the north facade (one of the most ruined). To do so, all the added elements were taken off (included the ones of the 17th century country house) and the actual inner structure that, apart of being in ruins, has no interest at all. These actions would get a final consolidation of the actual structures keeping the original roof openings of the tower. The reorganization and consolidation of the areas in which the masonry was damaged were made following a special archaeological monitoring of the original openings (with the removal of parts with documentation and individualized identification as we see below). Therefore, ruin was operated on transforming the building into a different one with new utilities, keeping much of the facade and replacing the original openings damaged by the elements over time and by the reforms. 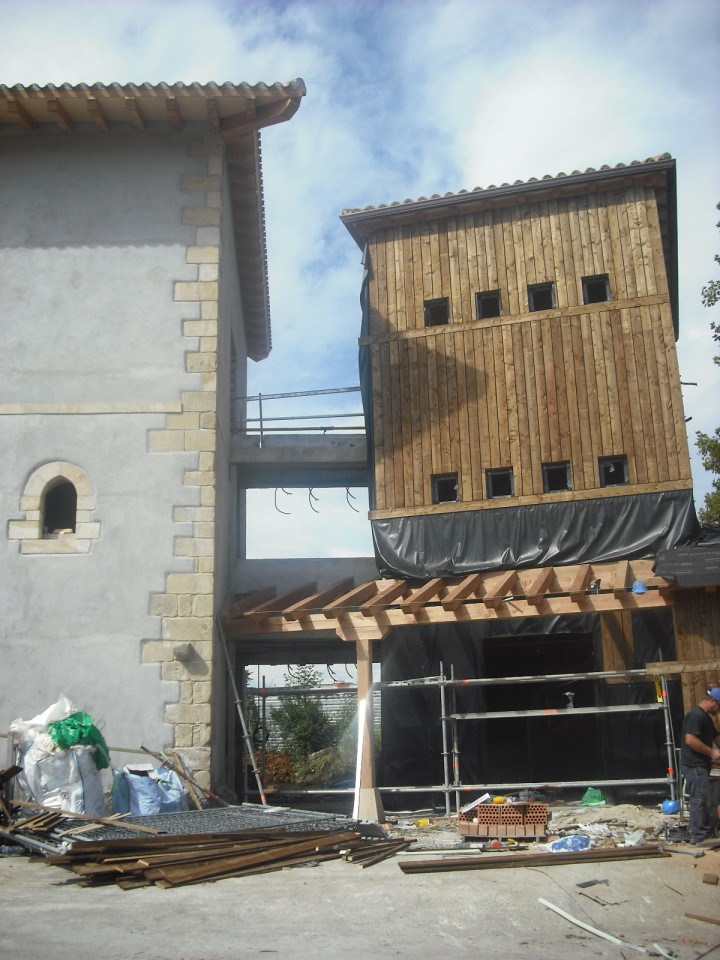 The restoration and rehabilitation works have been carried out by the school workshop of the town and by ZURTEK, which has also been responsible for all the wooden structure of the building, both covers and forged elements.